I ordered the bits to make up a Chaos marine last week and these arrived on Thursday.  Have just done minor tidying and blue tacked the pieces together to make a mock of the whole Dreadnought.  Still needs a lot of work, but personally I think that it’s going to end up being very nice piece.  I’ll put the photo of the mock at the bottom of this post.  There is a larger gap than I expected around the waist, so a few wolf pelts are going to have to be added to disguise it.  As I said on an earlier post, I’m aiming to have three basic assemblies – the Dreadnought, the giant fur and the base.  I’m going to get the Dreadnough torso finished and attached to the legs and then will sculpt the fur again, as I’m not happy with the actual one I’ve done – though the exercise did prove the principal of what I wated to do. 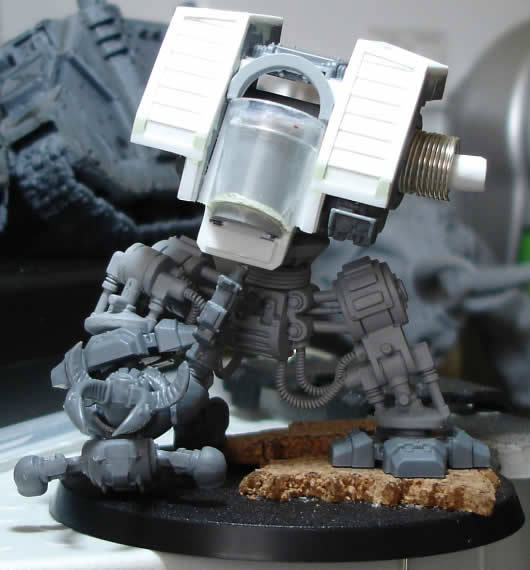 Yes that is a tank in the background.